While the Bill of Rights protects us from the tyranny of an oppressive government, many in the establishment would like the American people to submit to the tyranny of oligarchs, multinational corporations, Wall Street banks, and billionaires who now control almost every aspect of our daily lives.

But as President Franklin Roosevelt said 75 years ago: “True individual freedom cannot exist without economic security.” That is why our campaign is calling for a 21st Century Economic Bill of Rights that guarantees all of our people the right to the basic necessities of life — and guarantees those rights regardless of Americans’ income, race, religion, gender, country of origin or sexual orientation.

The 21st Century Economic Bill of Rights establishes that all Americans are entitled to:

There is no freedom without economic freedom.

1. The Right to a Job That Pays a Living Wage 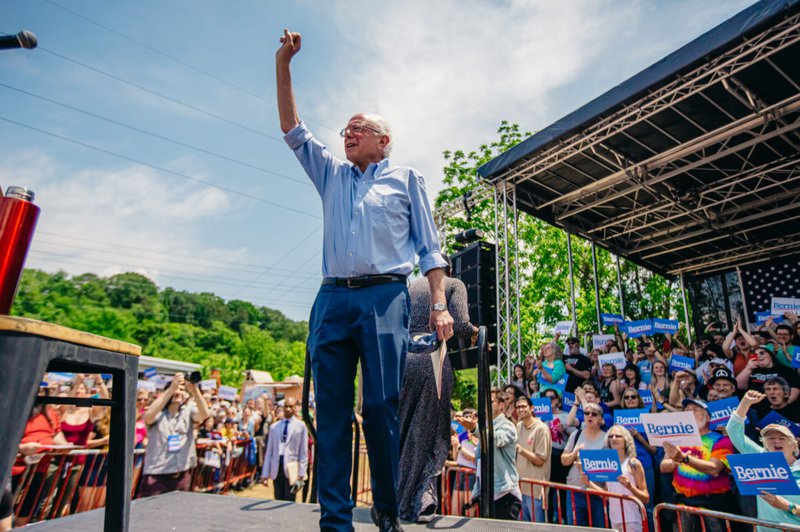 Are you truly free if you are forced to work 60 or 80 hours a week because you can’t find a job that pays a living wage?

In the wealthiest nation in the history of the world, everyone who wants to work in America should have the right to a decent-paying job. That means:

We can and should have a full-employment economy. In 1944, President Franklin Delano Roosevelt talked about the right of every American to have a job. That was true then. It is true today. A job guarantee will lower the crime rate, improve mental health, and create a stronger sense of community. It will create a much healthier and happier America. A full-employment economy is not a radical idea. That means:

2. The Right to Quality Health Care 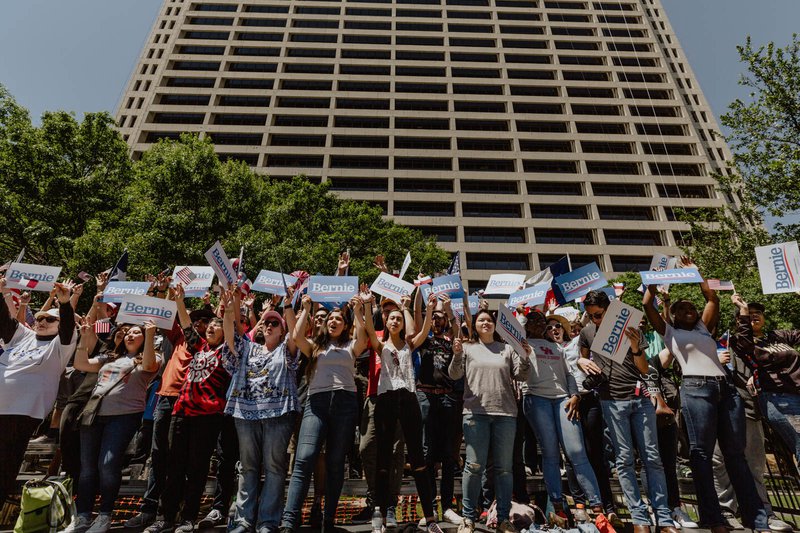 Today, more than 30 million Americans still don’t have health insurance and even more are underinsured. Even for those with insurance, costs are so high that medical bills are the number one cause of bankruptcy in the United States. Incredibly, we spend significantly more of our national GDP on this inadequate health care system—far more per person than any other major country. And despite doing so, Americans have worse health outcomes and a higher infant mortality rate than countries that spend much less on health care. Our people deserve better.

The giant pharmaceutical and health insurance lobbies have spent billions of dollars over the past decades to ensure that their profits come before the health of the American people. We must defeat them, together. That means:

And to lower the prices of prescription drugs now, we need to:

3. The Right to a Complete Education 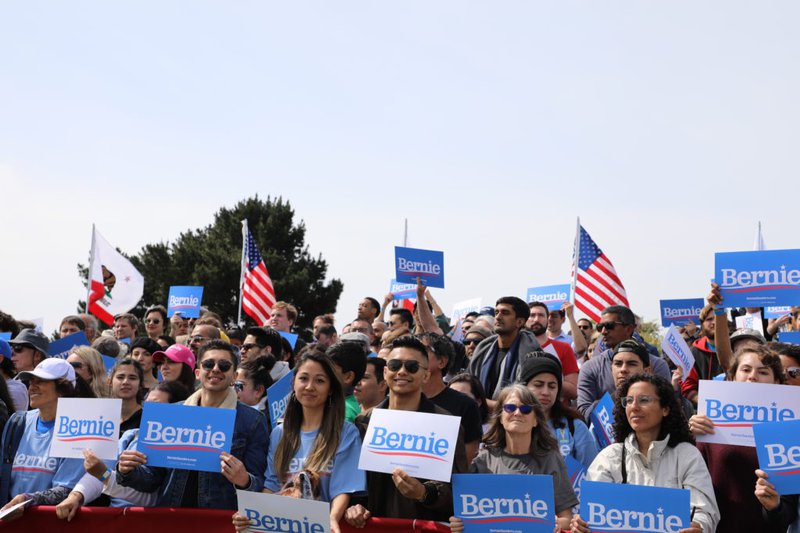 We must restore the promise that every kid, regardless of his or her background, has a right to a high-quality public education from pre-K through college. The United States, as the wealthiest country in history, should have the best education system in the world. Today, in a highly competitive global economy, if we are going to have the kind of standard of living that the people of this country deserve, we need to have the best educated workforce. Sadly, that is not the case today.

When we are in the White House we will rebuild our public education system through our Thurgood Marshall Plan for Public Education. That means:

It is counter-productive to the best interests of our country that hundreds of thousands of bright young people cannot afford to go to college, and that millions of others leave school with a mountain of debt that burdens them for decades—preventing them from buying homes and starting families.

Every young person, regardless of their family income, should have the opportunity to attend college. It is unacceptable, for example, that 28% of African American students are forced to drop out of college after one year due to costs. We should invest in young Americans—not leverage their futures. That’s why we must:

4. The Right to Affordable Housing 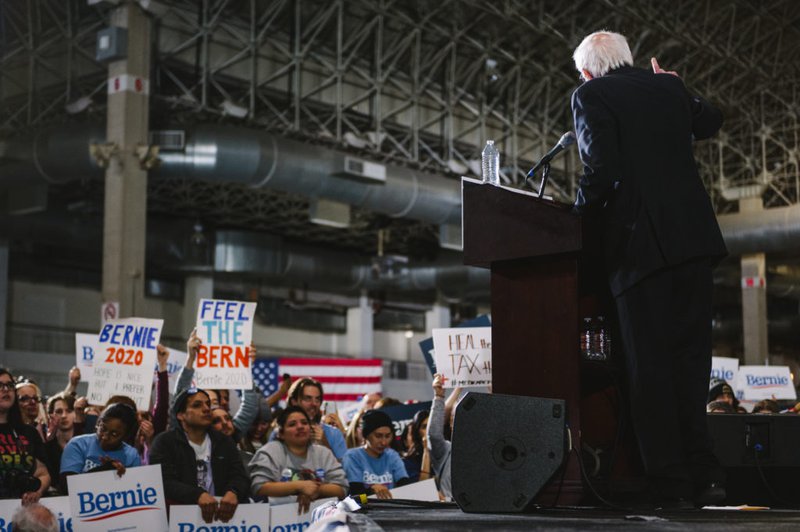 Are you truly free if you spend half of your limited income on housing?

It is not acceptable that millions of our fellow citizens are spending 50 percent or more of their limited incomes to put a roof over their heads, leaving little money for food, transportation, health care or medicine. It is not acceptable that, in communities throughout the country, wealthy developers are gentrifying neighborhoods and forcing working families out of the homes and apartments where they have lived their entire lives. It is not acceptable to me that over 500,000 men, women and children in our country are homeless on any given night.

We have an affordable housing crisis, and we must address it.

Americans cannot afford another four years of President Trump and his friends ignoring a housing crisis and pushing us to the edge of another financial meltdown.

5. The Right to a Clean Environment 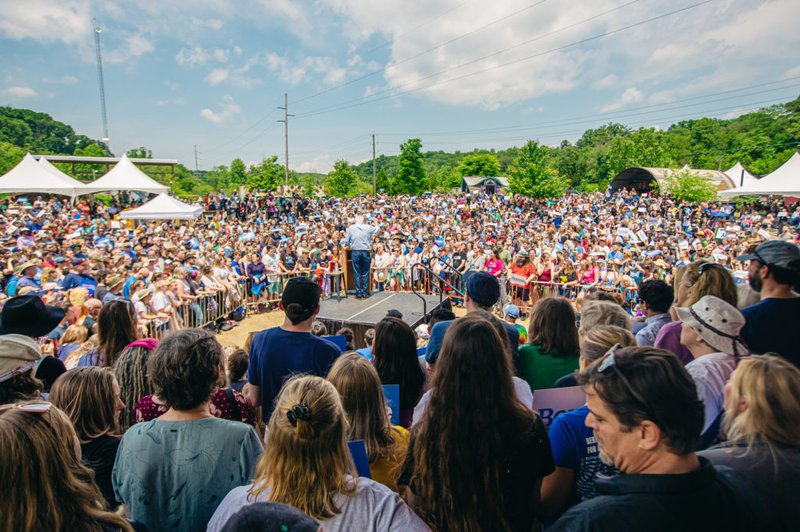 Are you truly free if you have to live in fear of losing your home, your health, and the people you love to rising seas, heat waves and extreme weather, while the fossil fuel industry makes huge profits destroying the planet?

Climate change is the single greatest threat facing our planet. Yet the giant, multi-national fossil fuel corporations have spent hundreds of millions of dollars furthering their greed and protecting their profits at the expense of our climate and our future.

Overwhelming scientific consensus indicates that climate change is already exacerbating extreme weather events like heat waves, wildfires, droughts, floods, and hurricanes. These trends will only continue as global temperatures and sea levels continue to rise. We must immediately address our climate crisis. That means:

6. The Right to a Secure Retirement 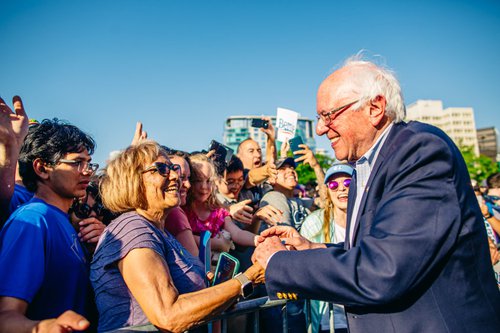 Are you truly free if you are 70 years old and forced to work because you lack a pension or enough money to retire?

Social Security is the most successful government program in our nation’s history. At a time when about half of Americans over the age of 55 have no retirement savings and 20 percent of seniors are trying to make it on less than $13,500 a year, our job is to expand Social Security to make sure that everyone in this country can retire with the dignity they have earned and everyone with a disability can live with the security they need. We will:

In addition to these economic rights, we need to continue to ensure that we protect our democracy and political freedom:

Bernie is counting on all of us to continue fighting for our progressive agenda. There is only one way we will transform this country – and that is together.

Add your name to tell Bernie you're in.